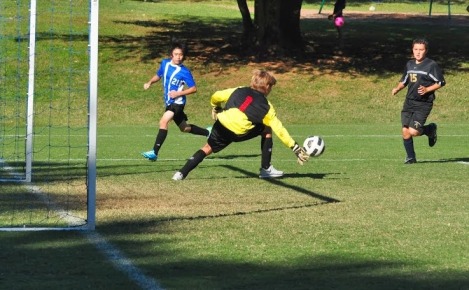 “That was the game of the year,” said Avalon coach Patrick Duffy.

With a little under two minutes left, St. John’s defenders eliminated a quick Avalon strike by slamming the ball out of the penalty box toward midfield. 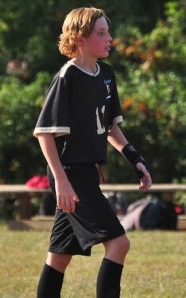 However, Avalon center mid Danny Tobin intercepted the pass and sailed the ball back toward the goal.

His shot bounced wildly and slipped through the hands of the St. John’s goalie where Moore had perfect position to the left of the net.

After he gathered the ball for a brief moment, Moore smoked a bending shot into the left corner of the net on what would become the winning goal.

“As a team we did pretty well,” said Moore, the team’s leading scorer on the season. “We were the better team so we capitalized.”

The Black Knights defense stood strong in the final minute as St. John’s crashed the net with shot after shot.

Still, Avalon defenders along with goalie Jackson Breton turned away each drive until the game’s final second.

“The defense played their butts off, that was amazing,” added Duffy.

Led by eighth grader Sam Downey and seventh grader Josh Cotting, the improved Black Knights defense barely budged from their 4-4-2 formation as St. John’s controlled the ball for much of the game.

Earlier in the season, Avalon lost to St. Johns in a scrimmage 6-2, but the Black Knights matured and built chemistry in time in between matches.

“I thought we were going to do a lot better the second time playing,” said Tobin, a captain. “The last time we played them we only had two practices.”